Casper: While I am usually calm and collected, I just want to start this one off by saying that the Wii U being replaced by the NX now makes me really grumpy. While the Nintendo Wii reliably chugged along for a good six years before the next console popped up, news that the NX was in full development already came as early as March 2015. Not only am I disappointed with the short lifespan on the U, I feel barely any of its potential was used, and whatever new features the NX is supposed to bring, I don’t feel like I can just buy into it precisely because the U was utilized so poorly.

We got some really good games on the Wii U. Old-timers like Monster Hunter Ultimate Tri, Super Smash Bros., and ports of several good games stood alongside fantastic new IP like Splatoon and Tokyo Mirage, but we have seen this spiel play out before. A new Nintendo console is on the way, third party developers are eager to deal out praise. Then the console comes out, doesn’t magically ship as much as the Wii in its first month, and all those other parties jump the ship like it all just burst into flame.

The Ubisoft that made Rayman Legends multi-platform because its raunchy marketing failed to endear ZombiU is excited for the Nintendo NX. The Activision that didn’t want to release its multi-platform juggernauts Assassin’s Creed and Call of Duty on the Wii U anymore is excited for the NX. At least Electronic Arts isn’t trying to fake any corporate enthusiasm and simply stated they were evaluating their options with the NX. They too boned Nintendo by claiming they were disappointed with the sales of their launch titles for the machine (2 sports games, a racing game, and the third Mass Effect game, which isn’t fun if you can’t use a save from the rest of the series), but at least they aren’t trying to stir the hype machine.

S: I am definitely with you there, my friend. I feel there were a lot of things holding it back, both with simply ports of other games, or not marketing the clever ones well enough. I remember for example how ZombiU got decent and average reviews, while Resident Evil 6 got much better, which we both can agree should be the other way around. I don’t think Nintendo was too helpful either, since New super Mario Bros. U was not really a system-seller and let’s be honest: too similar to the Wii-version (still good at least). Family-oriented games were not as appealing as they were at the start of the Wii, the unique controls of the U aren’t interesting and most of the better titles came later and by that point it was really too late. By then, people just bought PS4 and XBO without even caring about exclusive titles or anything worth mentioning. The other consoles certainly had titles people wanted, like Dragon Age Inquisition, but I never got why they simply did not upgrade their PCs for those. Maybe they wanted to be a part of next gen and buy something other than a computer?

I do think the potential with the gamepad was not fully realized either, especially when there were great ideas to it. But at the same time, it felt like they tried to make a console-version of the DS, which had the screens much closer to each other and was easier to use. The Wii-U pad had great uses especially in the aforementioned Splatoon and ZombiU, but we also got that Wii-U Pro Controller for a reason. Just like how the 3DS-family got a 2DS. I think only relying on one concept, was not a smart move. The 3DS had plenty, including stronger hardware. The Wii-U still had exclusive titles, but the hardware was as strong as last gen. And here is where I will become a bit of an ass.

I blame the general people. You know how Call of Duty still sells even when it is the same game again? Or how Assassin’s Creed gets more attention than Rayman Legends? It is not because they are fantastic games, innovative or similar, but really: because it pleases people. New elements scare people and many like to be in their comfort zone. I think the Wii was strong because the concept of swinging your controller around was a novelty, both as a racket and as a sword. Wii-U is not strong, since it was hard to relate to the general crowd. This is a shame, but videogames are a business and this is why the NX was appealing: it might still support Nintendo in home-console market. At least, if they try to go beyond what PS4 and XBO can do. If not, I think this will be the next Dreamcast (like many joked about with the Wii-U). 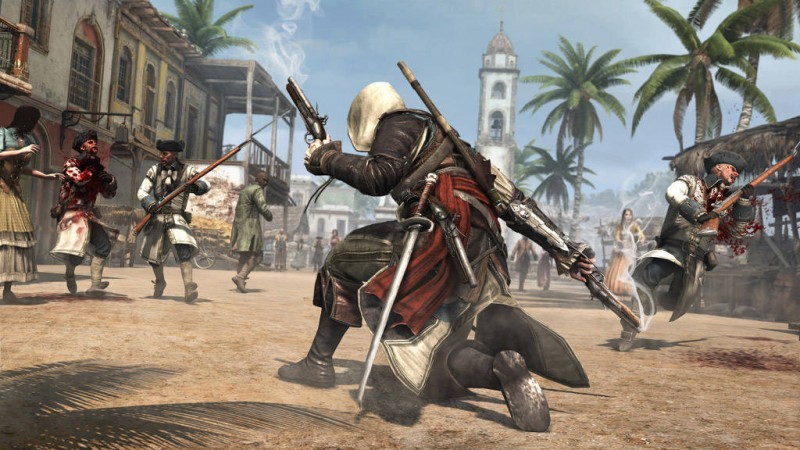 C: You bring up an interesting point in arguing that people’s disinterest in new, challenging concepts was a problem here, as well as a case of “too late to fix it now.” The launch titles for the Wii U were pitiful, especially when you consider that the 32 launch titles in the US were mostly indie games. Without trying to downplay the importance of indie games in today’s market, I am not buying a console for any of them. That leaves Nintendoland, New Super Mario Bros. Wii U, and ZombiU as the prime sellers. A party game, a pretty standard platformer, and a zombie game, that has to be the most unfavorable trinity ever to start off your console with.

But things did improve. People were upset that Nintendo locked Bayonetta 2 in and managed to keep it, unlike hilarious exclusivity deals like with Capcom in the GameCube days. Splatoon was a blast, Mario Kart 8 was great, there are so many games that people were really excited with, but there weren’t enough in a short span of time, which means you are left dry when the offering doesn’t fit your niche. I love me some Dynasty Warriors, but if you don’t, then that’s already two worthwhile titles you can’t get in the already small library. The Wii U ended up being a console to please various niches, but lacking enough big hitters everyone wants to play means people, indeed, move to the Xbone and the PS4.

Will you be getting an NX, Stian? 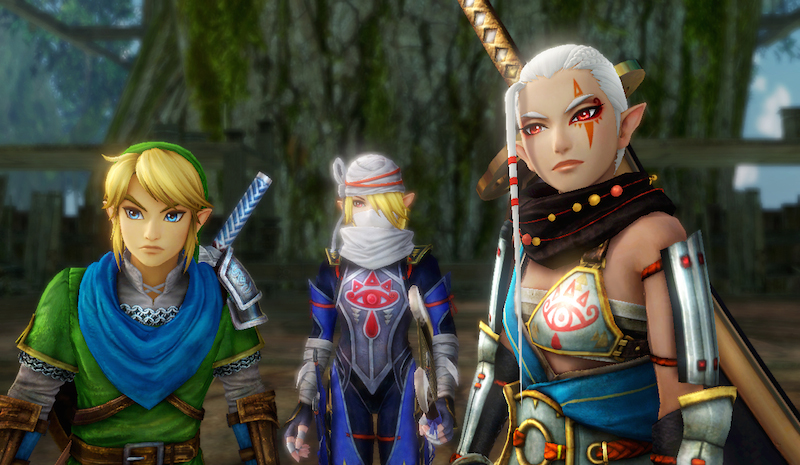 S: Well, yeah and odd trinity, but a varied one and one I personally started off with. But I agree with you there: it missed the possibility to compete with other hardware, even if they did not have much to offer in exclusive titles. I am still a bit grumpy that creativity and quality is not always met with financial support (and that it is, at times, even the other way around), but I will be good and continue the discussion so I can contribute and make this a progressive debate as you are.

The NX? Despite my financial situation (trying to get a job, just finished my degree), I think I will if there will be titles that interests me. I remember that I did not buy a 3DS at launch either, since it did not offer much I wanted, but the Wii-U actually had some unique games I wanted, so. Let’s put it this way: if they will only be releasing Zelda: Breath of the Wild and have no exclusive titles or elements that might make my Wii-U library more interesting (such as giving certain games better visuals or more content), than no. If they will release it with something exclusive, I will give it a look. However, with something unique with a clear quality to it, I will definitely get it.

What about you, Casper?

C: Basically the same story. I feel like a bit of dumbass after complaining for like three pages here and concluding with “I’ll probably get it anyway.” but that’s the reality of the situation: I love Nintendo games. Breath of the Wild I’ll want to play on as strong a system as possible and I am curious what else the machine will offer.

I can’t even promise I won’t get it on launch day actually. That kind of depends on whether or not there will be some Zelda-themed edition available. Still, I will probably be holding off on buying too many games for it and catch up with some of the great titles for the U that I missed.

One thought on “Debate: is it too soon for the NX or too late?”