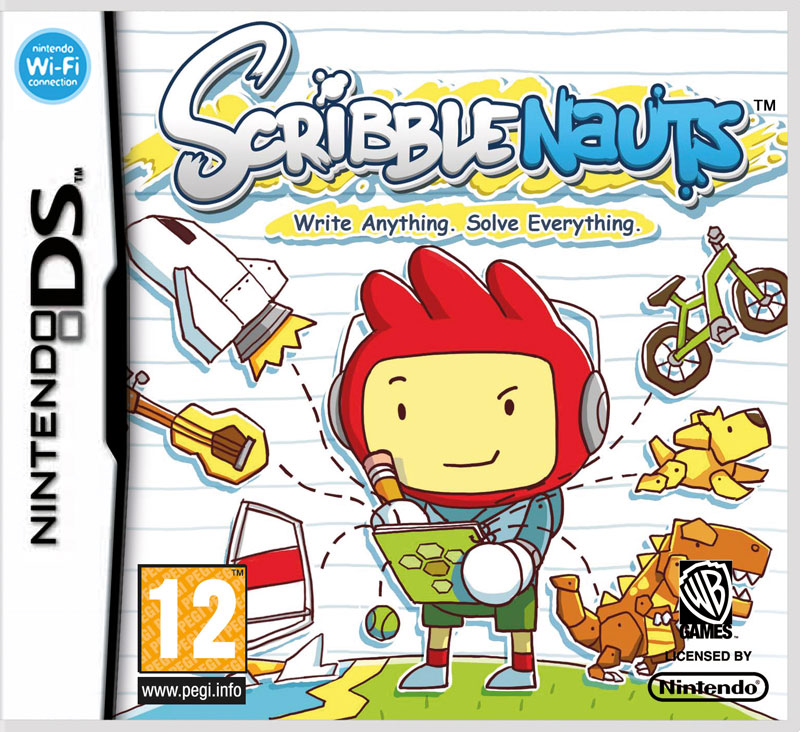 When it comes to video games, nothing gets me more excited than a really good premise, something the designers at 5th Cell are really good at. After Drawn to Life, the puzzle game where you design your own puzzle items, their next big project required a kind of creativity I am slightly more competent with: vocabulary. While I adore Super Scribblenauts and the other successors, this first entry did need slightly more polish.

First of all, you might be asking yourself what a “Scribblenaut” even is. A very good question and one that the game avoids by simply not having a story at all. All we know is that we play as a guy named Maxwell and he is one. 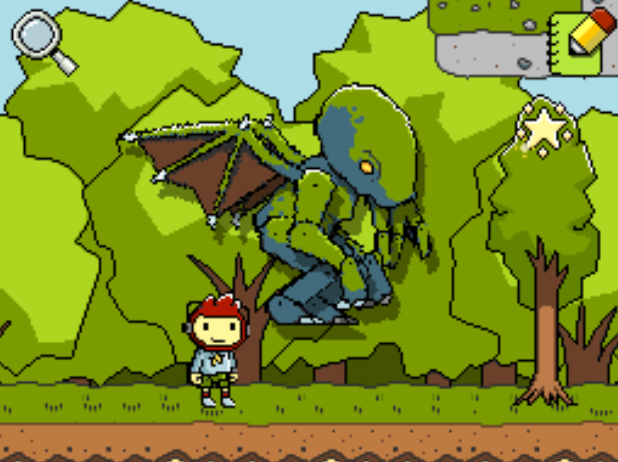 Maxwell has a magical notebook and anything he writes in it will physically appear in the world for him to interact with. You can create tools, objects, people, monsters, almost anything you could think of is in there and can be used in a logical way. With this ability you have to solve puzzles in each of the game’s zones, which come in two flavors: puzzle stages present you with a scenario and ask you to complete it, such as a bunch of kids on Halloween that want you to make them some candy, and the action stages require you to get a star by solving a more traditional physics puzzle.

Solving these puzzles earns you Ollars, the game’s currency, based on how quick you were, how many items you needed, and if you earned any merits. These merits are special conditions for each puzzle, such as solving them without any weapons or using only items you have never created before. Ollars can then be spend on little rewards in the creatively-named Ollars-store or be used to unlock new zones with more puzzles on the world map. 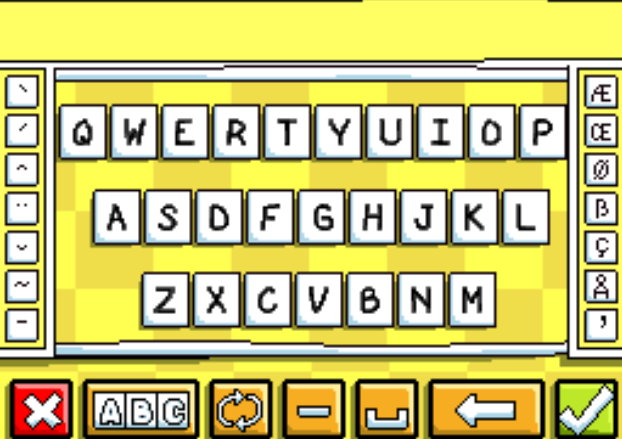 It’s a strong central mechanic and one that works well, since you really can create basically everything. It’s just that the puzzles themselves feel lacking, partly because there is no story to contextualize them, and partly because they are just presented so simply and unexciting, an issue that Super Scribblenauts definitely fixed. The difficulty is also too varied with puzzles that ask you to give a farmer some animals standing besides puzzles that ask you to repair a car. The former I finished in ten seconds while the latter took me twenty minutes of trying to figure out what kind of repairs the car needed, and getting frustrated with solutions the game wouldn’t acknowledge.

For a game with this many physics puzzles the physics are also terrible. You control Max by clicking on the lower screen after which he will make a mad charge towards whatever you clicked on, oblivious to any scenery or puzzle items that stand in his way. He jumps around all the time, knocking over even more stuff, and items also have a tendency to rocket off in unexpected directions. The craziest glitch I encountered was a massive digger launching into space with me still inside of it when I had the audacity of driving over a slight incline in the ground.

Like I said, this game needed some more polish and the puzzles aren’t the greatest, but it has a fantastic mechanic at its core that can really help younger gamers improve their language skills. The focus on earning Ollars by achieving certain merits also means they can choose to skip puzzles that are too hard or unclear or even just focus on either the action stages or puzzle stages if the other doesn’t appeal to them.

Nothing makes me feel older than the realization that the Nintendo DS came out in 2004. I remembered games on this system looking a whole lot better than this, but even five years into its lifespan those games weren’t any less 32-bit than when it first came out. Scribblenauts‘ visuals aren’t fantastic is what I am trying to say, but considering what it does it really doesn’t need to. 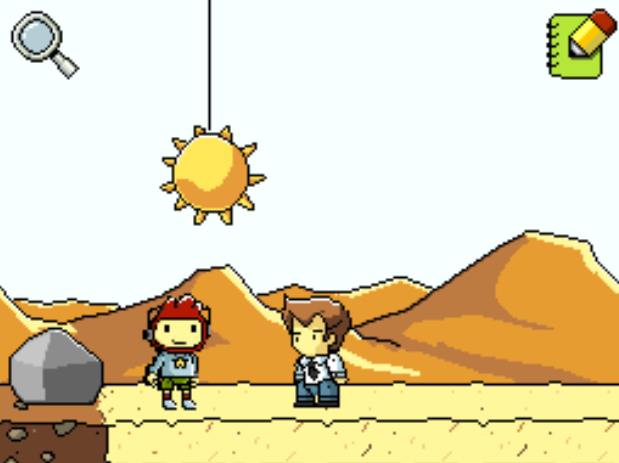 The effort in Scribblenauts lies in the ridiculous amount of sprite art it contains. I tried to find an exact number, but “thousands upon thousands” is the best I could do. Sorry. The aesthetic of the game is best described as “arts-and-crafts” and many sprites look like carton pieces stitched together. It has a fun appeal, even if the resolution is terrible, and even stuff like tommy guns and monsters are given a kid-friendly overhaul. A cute little design is that each creature has a mood that dictates how it feels; creatures that feel safe or confused will generally leave you alone, whereas angry ones may attack on sight and frightened people will run away. The little balloon icons indicating these moods are a cute touch.

When you have a game that contains every object known to man it is only suitable that there are plenty of situations to use that large database in, which Scribblenauts definitely has covered. The toll to unlock any new world on your map is pitiful compared to the amount of Ollars you’ll earn if you even tackle half the amount of content each world offers, so you’ll quickly build up a massive well of non-mandatory puzzles you can still go back to do. Even better, puzzles you have already completed receive an “advanced” mode where you must replay them three times in a row and use different solutions each time. 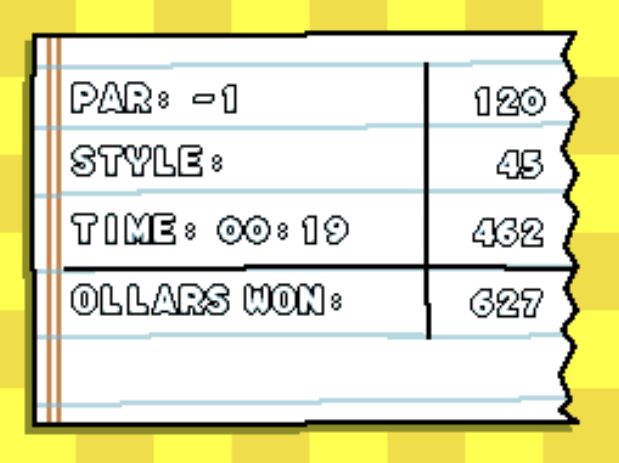 Then again, you might have decided to not do those puzzles for a reason or you are simply tired of solving puzzles with your notebook. Well, if you feel like you could a better job, then there is a level editor available that offers you enough tools to create your own variations on existing puzzles, which you share by letting people borrow your cartridge of the game. Perhaps a “free” mode where you can just create whatever madness you like would have been fun, but as it stands Scribblenauts has plenty of content to go around.