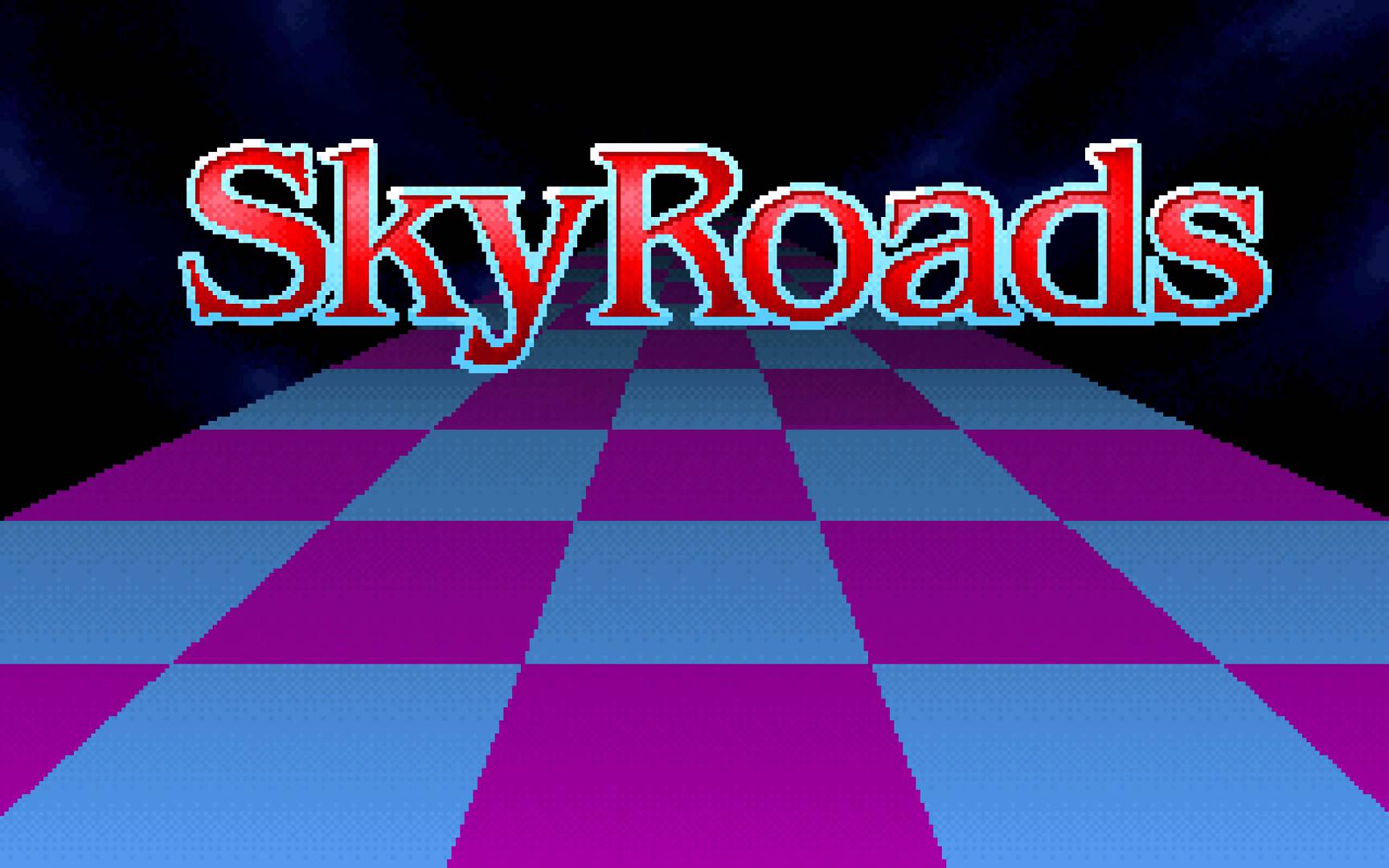 Before I got my first console there was only the PC. A very old, very dusty, yet still perfectly operational PC with a floppy drive and a handful of games on it. This era of my gaming career is mostly a void, I don’t really remember what I used to play on the machine, except that most of it wouldn’t even run to begin with. It wasn’t until a YouTuber casually mentioned Skyroads in a video that memories came flooding back. It was time to revisit another childhood favorite.

Skyroads is a racing game developed by Bluemoon Interactive, a small development group from Estonia led by the Estonian physicist Jaan Tallinn. There is no real story to go on as the game immediately jumps you to a level select screen from which you can select a number of planets with three roads each. 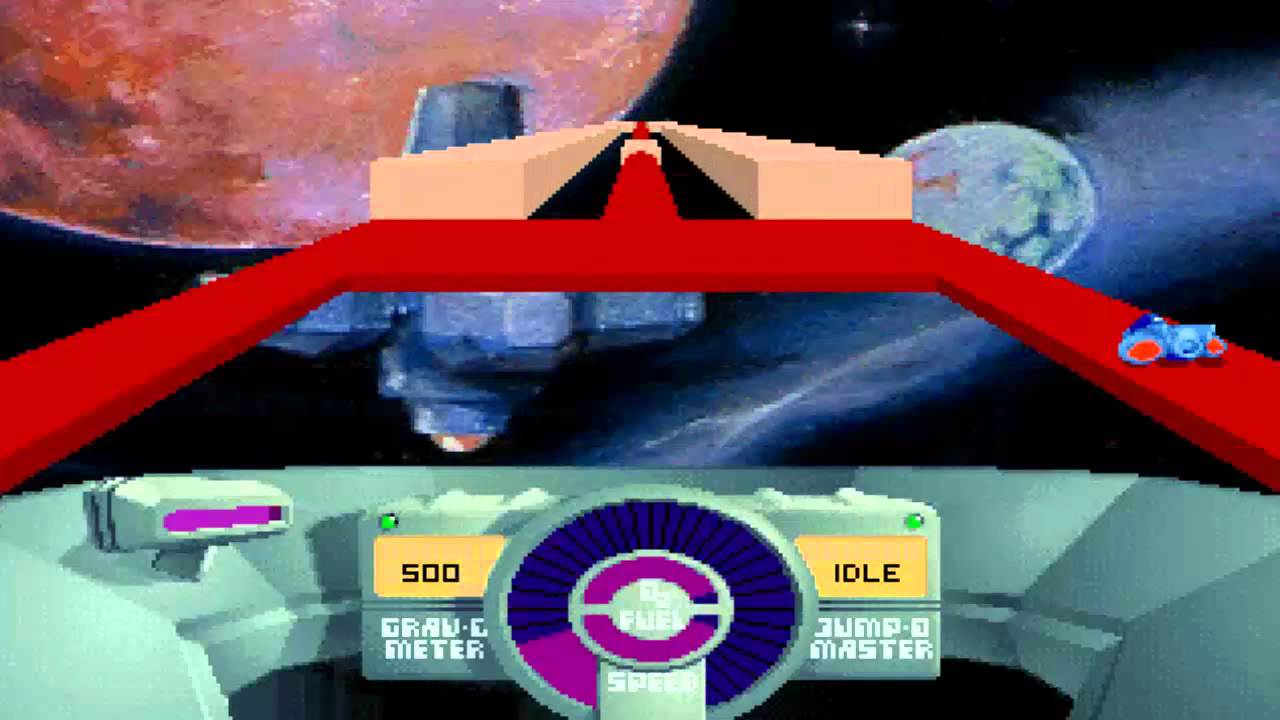 Each road is an obstacle course that you navigate with your tiny ship. You have to avoid blocks and perform perilous jumps to drive into the tunnel at the end of the road, which is basically the finish line. Your ship can steer left and right with the respective arrow keys and the up button accelerates while down decelerates. You can also press the spacebar to jump, so in terms of controls there are only a few things to keep in mind. Optionally you can choose to play the game with an arcade stick or just the mouse, though I found the keyboard controls to work perfectly fine myself.

To make it challenging there are two meters, representing oxygen and fuel, that deplete as you run the course. This means that taking it nice and easy is out of the question, you are going to have to tackle these stages significantly faster than what would be considered responsible, crashing and burning many times before you get to the exit. At the best of times, the game is an exciting ride as you jump between platforms, race through tunnels, and dodge the red tiles, which instantly burn up your ship. 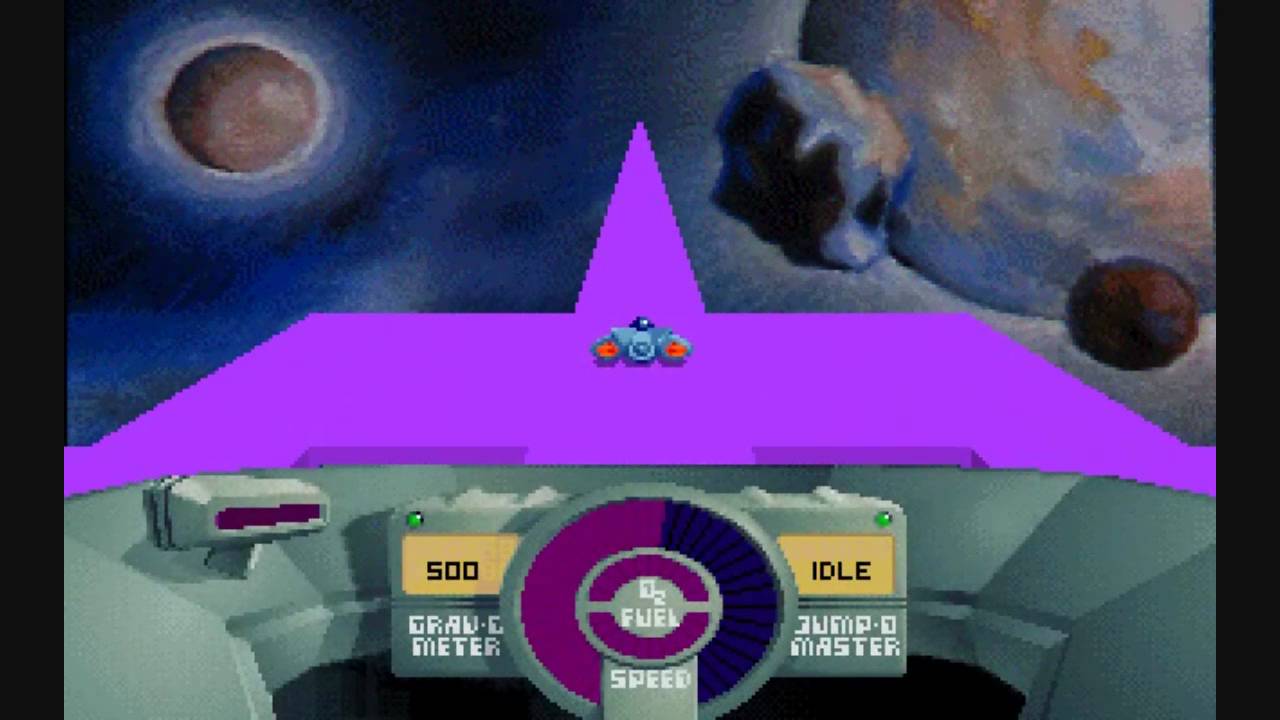 The physics for the game are fun with your jumps having an after-bounce to them that can be used creatively and a lot of other nice details are included. This leads to some surprises, like your ship actually sliding off of round surfaces and a gravity meter that dictates how heavy the gravity on any given road is. The game also uses tiles that limit or alter you control scheme, like tiles that speed you up or slow you down, or limit the directions you can move in. These are hard to get a grasp on since they are poorly explained and it’s difficult to keep track off with the presentation being what it is.

The colors kill you

The presentation of Skyroads is hardly amazing. All the blocks and platforms are made of flat sprites with a single color, which is why it’s so hard to decipher which platforms have special effects and which ones are safe. It also makes the presentation kind of dull as you find yourself jumping between these simplistically-designed platforms towards a static image of a planet in the background.

The music accompanying you on this mad racing adventure sounds okay for 1993, but it has to be said it doesn’t really convey the feeling of an exciting race. A lot of tracks sound more fitting for a puzzle game, lacking the oomph that a game like this definitely needs.

The presentation is nothing to write home about and the music in particular really drags the experience down, but put up some cool music yourself and suddenly it’s not too bad. Skyroads‘ racing tracks offer a lot of challenge and demand you learn how to best utilize the physics. If you are looking for a tough game to spend an afternoon with, then this one might be a good pick.