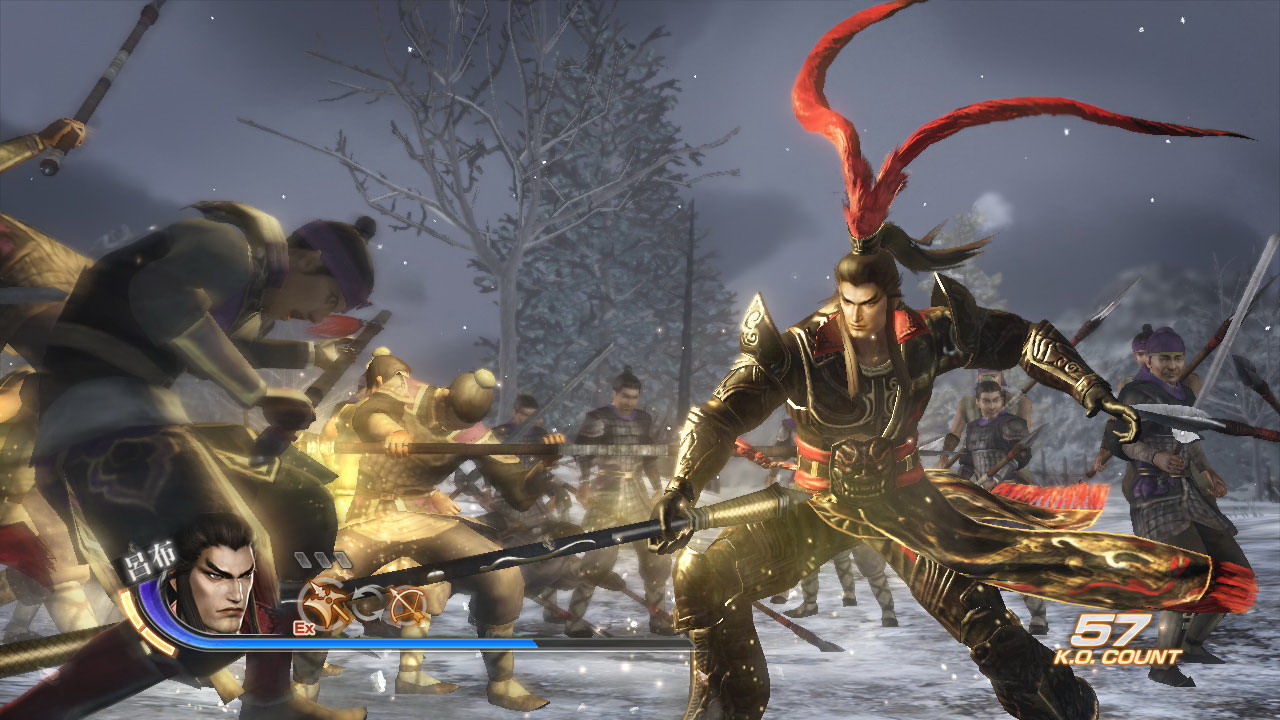 No matter what Dynasty Warriors game you prefer, across every entry in this popular hack & slash franchise developer Omega Force has made sure that players will fear the name “Lu Bu”. Appearing in each of the games and being one of the most recognizable characters of the franchise, this warrior based on the second century warlord instills just as much fear into gamers nowadays as he did in his enemies many centuries ago. The question, then, is whether or not his reputation is actually deserved and if the games benefit from even having him.

Firstly, it should be noted that Dynasty Warriors is technically not based on the actual warring states period of China, but rather the dramatized account offered in the historical novel Romance of the Three Kingdoms written almost 1200 years later. When you approach the question from this direction, then Omega Force’s version of Lu Bu is very much faithful to the source material. In both these stories Lu Bu is presented as a powerful warrior held back by his terrible personality and leadership skills, even though the historical person called Lu Bu wasn’t entirely like that despite the flaws matching up quite well.

Let’s take a peek at his introduction on Wikipedia for a moment:

Although Lü Bu is described in historical and fictional sources as an exceptionally mighty warrior, he was also notorious for his temperamental behaviour. He switched allegiances erratically and freely betrayed his allies, and was noted for his poor planning and management skills. He was always suspicious of others and could not control his subordinates. All these factors ultimately led to his downfall. In the 14th-century historical novel Romance of the Three Kingdoms, the details of his life are dramatised and some fictitious elements – including his romance with the fictional maiden Diaochan – are added to portray him as a nearly unchallenged warrior who was also a ruthless and impulsive brute bereft of morals. 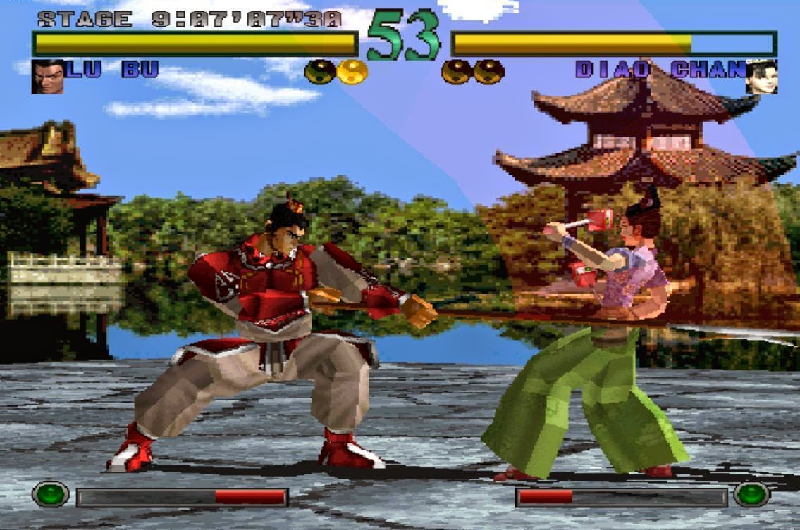 Even his supposed might is of questionable status, as a look through the battles he fought reveal most of them were defeats. He failed to repel the coalition on their advance to the capital occupied by his foster father, decided to betray his lord, and was promptly chased off by loyal followers. Similar losses continued for a few years, as well as a few stalemates that would see Lu Bu lose over time, until he met his end at the hands at Cao Cao following his loss at Xiapi, but not before frantically pleading for his life and repeatedly offering his services. Perhaps accepting his help would have sped up Cao Cao’s conquest of China, but if we allow a bit of speculation, it’s more likely he would just be the next in a long line of allies betrayed by the temperamental Lu Bu.

All of those are conclusions anybody might have drawn after reading through the man’s Wikipedia page, and you may argue that his tendency to lose was the result of poor planning and social skills, not the unrestrained power he is famous for and that the Warriors games seek to highlight. My point here is that Lu Bu was less of a “historical badass” than we make him out to be, and to the developer’s credit, all of his losses and mistakes are presented in the games themselves. 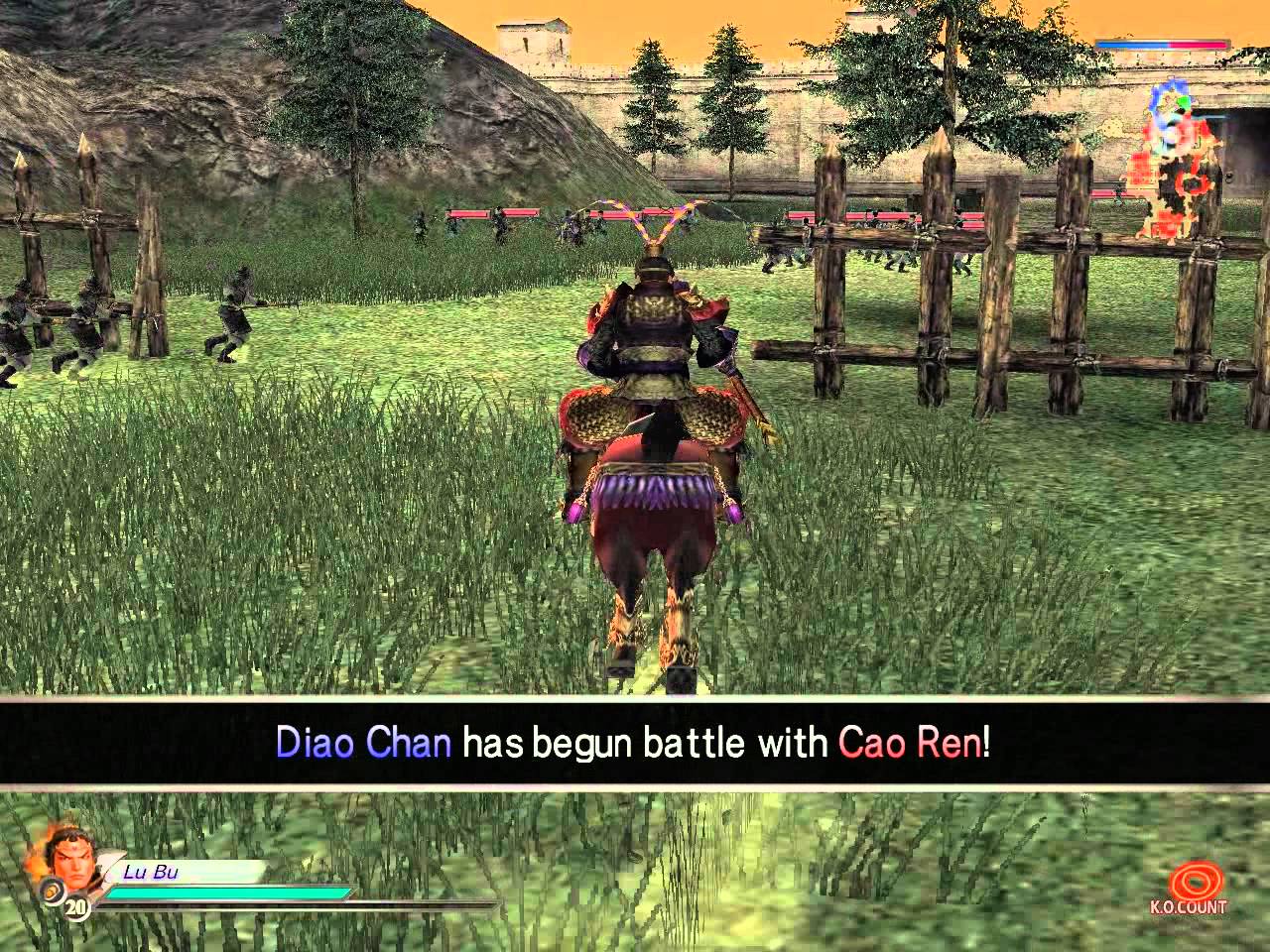 So if he always loses, then what is my problem with his inclusion?

True to the legends, Lu Bu in the Dynasty Warriors games is a mighty foe, worthy of being a final boss. However, due to his demise at the Xiapi, which is an early point in the storyline, he shows up way too early to fit that role. For many of the games The Battle of Hu Lao Gate is the first or second mission. Heck, in Dynasty Warriors 6, if you pick Xiahou Dun, you’ll have to face Lu Bu in the first AND second mission, as he moves straight from Hu Lao Gate to Xiapi.

Though it varies per game and some Warriors titles allow you to easily cheese it, Lu Bu is just not a fair enemy to fight, leading to the popular line “Don’t pursue Lu Bu!”. While the option to avoid him is always available in Hu Lao Gate, the meme is not worth the annoyance it creates. I tried to get a friend into the franchise, but he ended up dying 30 minutes into the first mission thanks to Mr. Bu. Why didn’t he just run away? Well in Dynasty Warriors 6 Lu Bu chases you into the room with Dong Zhou, who you have to defeat to end the mission. “Don’t pursue Lu Bu!” is fun and all, but not every game gives you a fair shot at it, same with Dynasty Warriors 4 where you are forced into an inescapable dueling game with him. 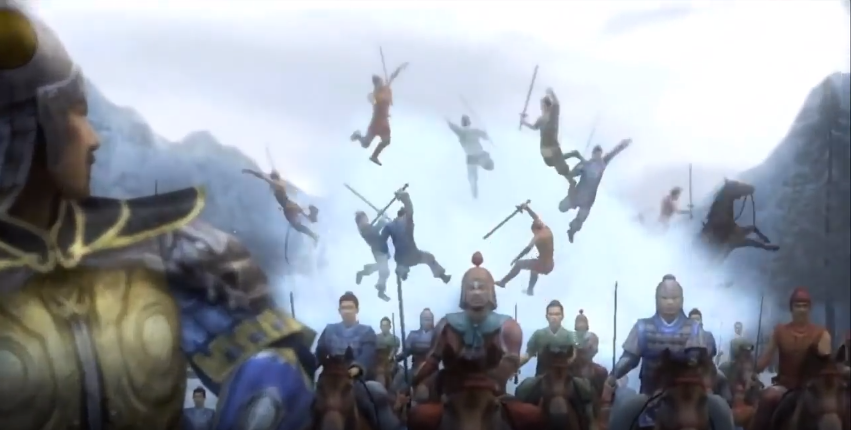 Depending on what game you start with, you’ll have fun for a mission or two as you get used to the gameplay, only to face a massive roadblock less than an hour into the game. You might try to fight him and you’ll likely lose several times, sometimes so badly that you literally didn’t stand a chance. Eventually you’ll either win or wise up and avoid him, whatever one you pick, your perception of the game has changed. Is it going to feature more tough enemies like this? Was this a boss fight? Is avoiding battles a major mechanic? The answer to all of those is a resounding “No!”, but Lu Bu’s placement that early in the game implies that it should be.

I definitely believe there is a place for Lu Bu in Dynasty Warriors, and Omega Force has made such a big deal out of him that there is no avoiding it anymore, but for numerous reasons I feel the Lu Bu encounter should be reworked. Perhaps it’s worth taking a gander at Dark Souls‘ Asylum Demon, which is also a boss too tough for players to reasonably take on, yet avoids being a nuisance by clearly highlighting the escape route and preventing it from giving chase once the player decides not to do the encounter. Perhaps a split storyline could be used here, where Lu Bu returns as an (optional) boss much later if players decided to avoid him the first time around.

The games have always played loose with both historical and fictionalized accounts, so why not take it a bit further. That way we can still have Lu Bu, he’ll still feel threatening and imposing, and nobody has to have a bad time or will have their first impression of the game soured.