Davey Wreden is a name not many will immediately recognize, but when you learn he is the mind behind the popular indie game The Stanley Parable it should clue you in on what kind of designer he is. Stanley’s adventure, if you can call it that, was a deeply intriguing game that played around with the idea of what actually constitutes a game and also loved to toy with its audience. His second, big game was this one, The Beginner’s Guide, and it certainly carries the spirit of Stanley with it while also feeling like it’s own thing.

The Beginner’s Guide is actually a series of smaller games tied together by Wreden’s narration. The games themselves are supposedly created by a friend of his, a man named Coda, and Wreden has compiled them together so that he could talk about their design and discuss what it says about the person that made them as you play these games. 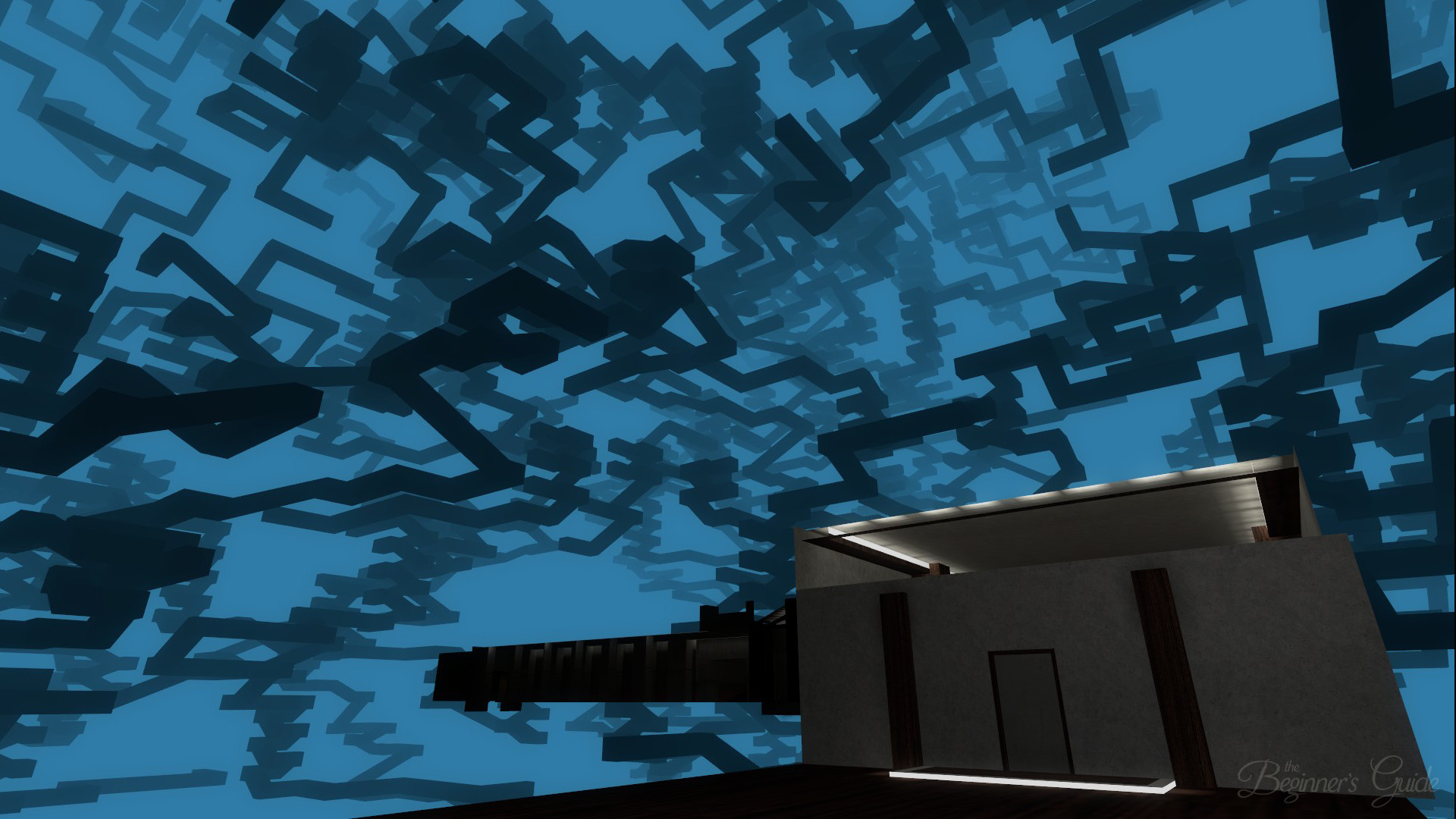 It’s an interesting concept specifically because a lot of these games are hardly traditional. In fact, a lot of the games can’t even be completed or reasonably played, causing Wreden to jump in and alter the code to change that. Playing the games themselves isn’t the point, even if a few of them are definitely interesting in their own right. The actual point is to think about their deeper meaning and draw your own conclusions, even if they may not align with that of the narrator. You essentially play these games to see Coda’s design evolve over time and witness his mind unravel before you.

I admit I had a good time with this game for about a 100 minutes, but it’s within the last stretch of its 2-hour runtime that things happen I am not thoroughly okay with. This may potentially be a spoiler, but the things the narrator says in the end, the tone he uses, and the things he does, more or less convince me that Coda isn’t real and everything in the game is fictional. Everything before that feels genuine, but when the finale was upon me it felt like an illusion was being shattered, and the idea that all these interesting games weren’t really the result of a mysterious, creative individual, but rather a series of levels crafted specifically to fit the narrative of The Beginner’s Guide, leaves the whole game with an unpleasant aftertaste.

The whole thing ends on an open ending and Davey Wreden has since refused to discuss the game in any form of interview. While the game still offers interesting insight in Wreden’s own personality and his narration is always intriguing to listen to, I definitely feel that this twist ending could have been handled much better. As it stands The Beginner’s Guide is an okay compilation of game ideas that offer small, interesting twists, and if you are interested in game design it’s definitely worth playing through once.

You may have noticed that the format for this review is entirely different from what we usually do, but since this is such a strange game and it presents itself as a compilation of amateur projects, I can’t really criticize it on its presentation and replay value. It’s a 2-hour ride that you play through once and ponder about, and while the conclusion I drew soured the whole thing for me, you may come to entirely different conclusion that is less upsetting. Fans of games like Gone Home, or indeed The Stanley Parable, will find The Beginner’s Guide deeply interesting, and for them I wholeheartedly recommend playing it. For everybody else I’d argue that the entry fee is a bit too steep for what it provides as a curiosity, so it may be better to wait for a sale.