Many games will see the player take on the forces of hell or even visit the place themselves, among them of course the ever-popular God of War franchise. God Mode is a game taking this to the extreme, asking players to dive into hell over and over again, killing thousands of demons in the process. Not to liberate themselves from Satan’s shackles or return to the world of the living, but just to grind tons of money and experience points.

Hell in a toga

The game’s story is deliberately kept very basic. You are a cadaver, a dead person, forced to fight your way through several stages based on Greek mythology and the afterlife. Storytelling is kept light and while some loading screens feature a bit of background, it’s not really important or memorable. 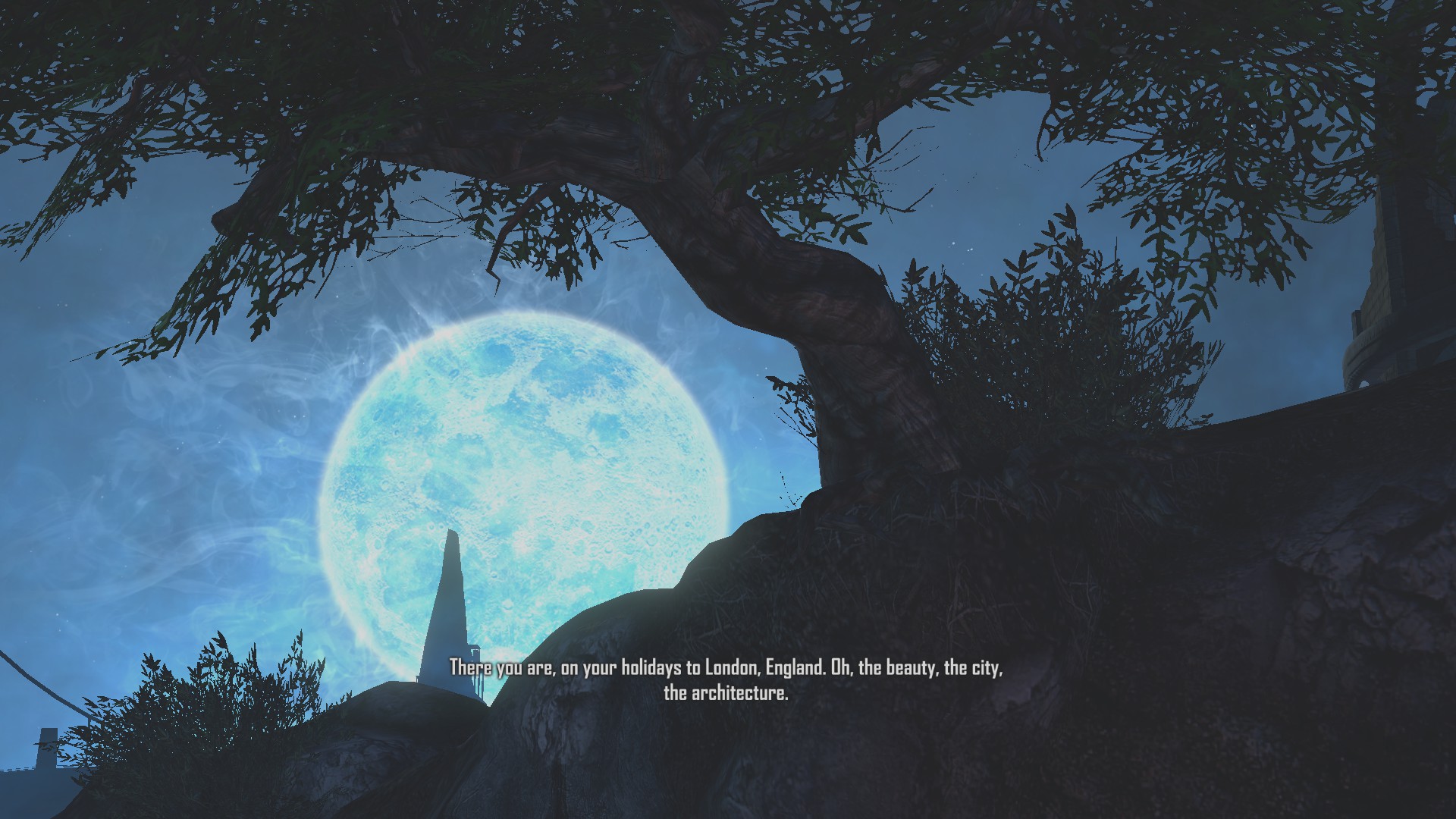 A selling point turned annoyance, however, is the game’s announcer; a flamboyant, disembodied voice that taunts players throughout the game. He mocks you upon starting and ending any mission, as well as when boss fights are triggered or when a player falls in battle. The idea is fun, but the jokes are simplistic and there’s so few of them they begin repeating after just a few sessions.

Especially the dialogues that open up any mission are obnoxious to listen to. It’s just a minute of the announcer ranting on about your cause of death over panning shots of the stage, which seem increasingly random. One storyline implied I was a kid that died whilst skateboarding, even though my character was a middle-aged adult. Another stated, though in a much more roundabout way, that I had died of a fart so heavy it exploded an entire building. At best the writing is just of kind boring, and at worst it’s outright childish.

This is a horde-mode style game, where the players pick between six different levels where they are asked to move between arenas. In each arena players are beset upon by waves of monsters that must be defeated, after which a portal will unlock to the next one.

Each arena is a spacious place that permits a degree of tactical movement, but enemies are a bit too simplistic to make the most of it. Most of the basic foes are only programmed to run up to you, with zombies and skeletons making up some of the lighter infantry, which are supported by big gladiators and minotaurs. The rest of the foes stay behind and fire projectiles, with some rare mini-bosses thrown in for variety. The end result is that you often end up with a long queue of enemies running after the players, who just have to backpedal and fire at the line forming behind them.

A fun tweak is that each arena has a random test of faith attached to it, which can either make the fight tougher or easier. Friendly monsters may spawn in, bombs might rain from the sky, or the enemies may grow bigger and more durable. These extra challenges are fun to deal with and keep the missions surprising, but a lot of them are negligible and they can’t distract from the game’s lacking design. The areas, while spacious, often suffer from bizarre collision, invisible walls, or are just too large for their own good. On top of that, the enemies tend to be glitchy, such as the charging minotaurs that jitter around unpredictably as they get stuck on terrain or other monsters, or the flying enemies that may not always fly up to an altitude where the player can even see them.

So we have repetitive and simplistic combat, which while somewhat entertaining, is glitchy and unrefined. What is it all working towards though?

For their efforts players are granted money and experience points. Money can be exchanged for weapons, customization options, and upgrades for already-owned weaponry. To unlock more of these options players must level up. Sounds fine, until you realize it’s just a grinding mill for its own sake. You play levels so you can buy better stuff to do the same levels with, repeated ad nauseam. Upgrades cost several tens of thousands of in-game currency though, on top of the XP counter that fills up ever so slowly. It took me 4 hours of play to move from the starting gun to an assault rifle, only to then find it was woefully weaker until I could upgrade it… once I leveled up another 2 times and raised the necessary cash.

The reward cycle is spread thin and once you do get something it’s almost bound to be disappointing. Some weapons don’t even work well unless you have team-mates to support you, and while you can choose to maintain a side-arm just in case, that’s just another expensive money-sink to deal with. The game also suffers from having just six levels to it, a portion of which don’t have boss-fights at the end, and those that do often just have a big version of an existing enemy to fight. Only the Fire Pit has a unique battle at the end, which is also incidentally the only level that uses its geography in novel ways.

With a publisher like Atlus backing the game you’d figure it would at least be a decently optimized product, yet here we have a game released in 2013 that takes a ridiculous amount of dedication to get running on any machine. Both my computers, made in 2009 and this year respectively, have their own unique set of problems running God Mode, and the game’s store page is consumed with complaints stating the same.

To get the game working for me I had to run it in compatibility mode for Windows XP and then manually edit GPU settings into the game’s config files. Even then, the game would only play the Fire Pit stage, with all the others crashing upon loading. To circumvent that issue I had to set all the game’s graphic options to low, with no option to alter specific settings I desperately wanted to keep. Keep in mind that the focus of the game is multiplayer, so if you want to play it with friends you need to troubleshoot issues like this for X amount of people.

Even after all that the game is still victim to random freezes and framerate dips. To my knowledge the game hasn’t been patched since 2013, nor has the developer commented on any threads since that year either.

The game is of course heavily themed after Greek culture and architecture, pitting players against minotaurs and cyclopes in arenas surrounded by pillars, large vases, and statues. This is then made weird by the very modern look of your character, which in my case was an English gentlemen with military camo gear and an assault rifle. In terms of design the game has moments where it looks impressive, with arenas set to the backdrops of titans in lava working complex machinery or with gigantic buildings overlooking the battlefield. At other times the game suffers under the boring, realistic art-style, creating a game that just looks drab and lifeless.

The fact it only runs with graphic settings set to low makes this even worse, as now we have realistic visuals that don’t have any anti-aliasing, use poor shading, and utilize textures that were outdated even for its time. It’s not horrible to look at by any means, but even for 10 euros the product is just kind of a letdown in terms of presentation.

I bought God Mode back in the day because I really was in the market for a simple horde game I could pick and play. Years down the line I forgot why I stopped playing it, but replaying it now brought back memories of it quickly. Regardless of the score below, I don’t recommend buying God Mode for the simple reason that I can’t guarantee it will even run for you. If you do wish to try it, the game can be fun for a few hours, particularly when played with friends, but with only six levels and most of the fun tools locked behind hours of grinding, you’ll likely bore off it soon.