The NES would eventually be graced by three Mario platformers, with this one being the final piece of the trilogy. With Japan getting The Lost Levels and the West getting their more experimental version of Super Mario Bros. 2, nobody quite knew what kind of shape the third game would take. Would it be more like an adventure game like Doki Doki Panic or would it instead go back to the roots and be a pure platformer. Surprise! It’s a middle ground.

The story is once again kept relatively simple, even if Nintendo would retroactively grow to regret it. While we once worked our butts off to save Princess Toadstool and the Mushroom Kingdom, the manual to this game reveals there is an entire Mushroom World out there to explore. Peach apparently runs a glorious empire, where each section of the world is ruled by a different king.

But the only true king is King Koopa himself! Bowser has returned and, apparently, the fiend has been busy, as he now has 7 children at his disposal who are causing a ruckus across the 7 kingdoms. Mario and Luigi set out once again to defeat their nemesis and restore peace. Peach is kidnapped, in case you were wondering.

Like with the last game, one of the more interesting aspects of the story is what it did for the series long term. While the idea of having a Mushroom World got scrapped along the lines, Bowser’s kids have remained staples of the series. The same goes for several of the new enemies, including Thwomps and Chain Chomps.

Super Mario Bros. 3 definitely has more in common with the original Super Mario Bros. than its Western sequel. You once again have to play through platforming levels, deal with enemies by stomping on them, and defeat bosses at the end. The differences, however, are staggering. 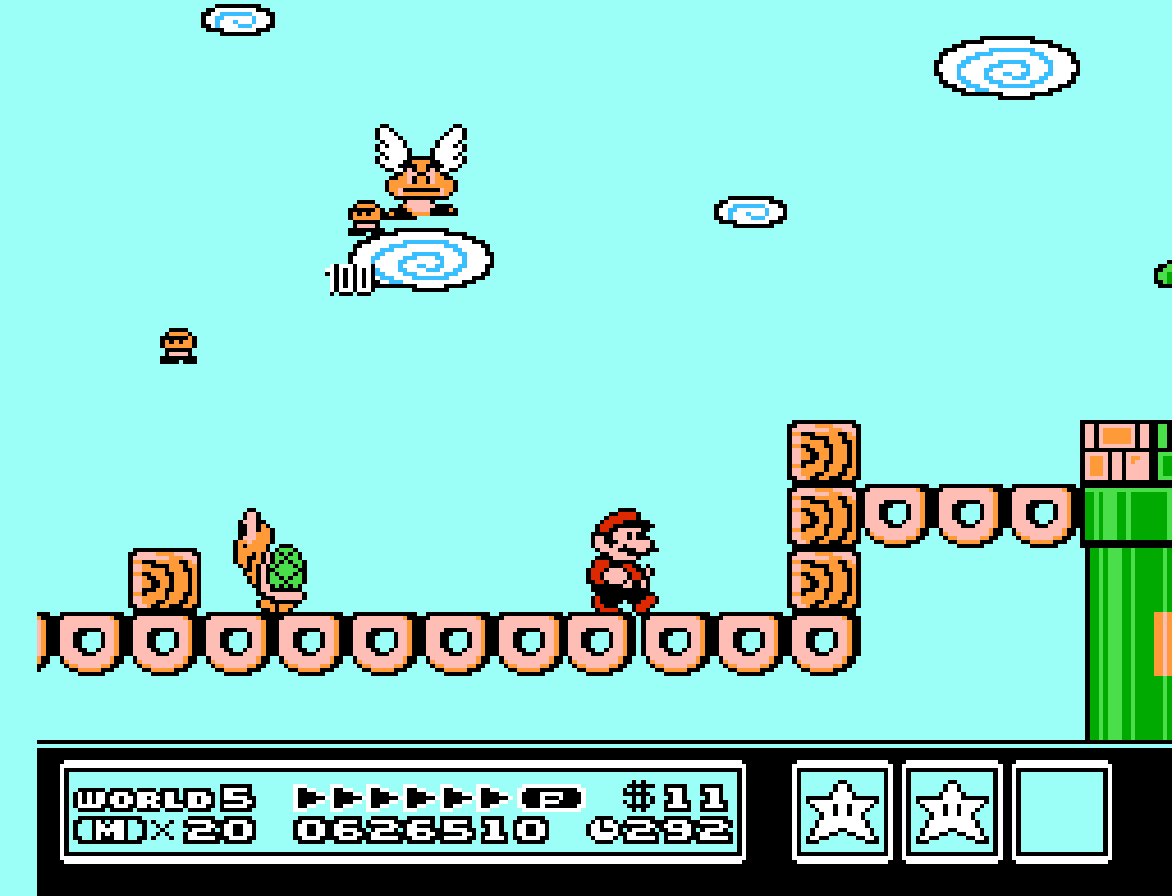 New this time around is a world map, where each level acts as a tile separated by empty spaces, mini-games, and fortresses. While you will have to complete some stages, others can be avoided if you take certain paths on this map. The mini-games, meanwhile, allow you to stock up on power-ups that can be activated before entering a stage or fortress, allowing you an initial head-start. The map is even dynamic, with enemy patrols that will force you into encounters, and if you fail to complete the final level of any world, it will relocate to a random part of the map.

The actual gameplay is spot-on, once again featuring the tight controls that characterized the first game in the series. Mario and Luigi both control great and have some fun, new moves to play around with. Both can slide down slopes, items like blocks and shells can be picked up to be used elsewhere, and building up momentum fills up a bar. Once filled, our heroes can jump higher and farther. In fact, with a new power-up, they can even fly!

The game adds a lot and what makes it the finest of the NES trilogy is how experimental its levels are. The second game already took liberties with standard platforming challenges, but this third entry does so much with its stages without ever neglecting the actual platforming gameplay. One level will see you chased by a giant fish as the stage lowers and rises from the water, another will have you switch between two versions of the level with different enemy types in each. Some of these concepts are recycled a few times, but never to the point of growing stale.

The end result is a platforming game with solid controls and levels that are fun due to their great design and interesting mechanics. It’s a game that constantly surprises and has few frustrations. The game offered me a choice to skip entire worlds with the use of secrets, but I refused to use these because the levels were just so much fun. Why would you want to skip them?

While the graphics took a major step forward between the first and second game, there is less progress between two and three, which released in the same year. This is not a problem, however, as this is already some of the finest sprite work the NES is capable of.

Now that we have returned to the Mushroom Kingdom, we get a chance to see the improved graphics being applied to familiar enemies. Foes like the Koopas and Goombas have received fantastic make-overs, including various new designs. New foes are also introduced and, while not all of them would become series mainstays, quite a few of them did. Thwomps, Chain Chomps, Boos, even the Western debut for the Cheep Cheep, they all hail from Super Mario Bros. 3.

Mario and Luigi were, of course, included in the visual upgrade as well, looking even better than they did in their last adventure. The world is also much more colorful and diverse, making this a game absolutely brimming with color and fun things to see. Koji Kondo returned for the soundtrack once again and I doubt I have to tell you how well that went.

I love the original Super Mario Bros. and have a lot of respect for the reskinned Doki Doki Panic we got, but Super Mario Bros. 3 is the undeniable king of the NES library. If you had the console, you were well-advised to get a copy of it. Even Super Mario World on the SNES could not best this legendary title.