The market for indie games has exploded in recent years. It seems like just yesterday that the likes of Braid, Fez, and Super Meat Boy entered the popular discourse. Nowadays there a hundred upon hundreds of games coming out on all manner of online marketplaces. When a title still manages to stand out, chances are it’s either VERY good or it has massive amounts of meme potential. In the case of My Friend Pedro, the meme potential was obvious. I just hoped it could also prove to be a good game on top of that.

You awaken as an amnesiac man in the cellar of a butcher shop and are greeted by your friend Pedro, a talking metaphysical banana. He runs you through the tutorials and explains that you are captured by Mitch, a criminal who cuts up humans and sells their meat as food. Pedro helps you escape and guides you through the game’s story, which see you stumble your way into conflict with an ensemble cast of gang leaders and criminals.

I first learned about the game through viral gifs of its combat system, which allows you to enter bullet-time, flip and twirl around the battlefield, dual-wield weapons, and ricochet bullets. The game does feature these kind of mechanics. While dual-wielding you can aim at two different targets, you can zipline around for speed, you can ride skateboards, it’s all very rad and it feels cool when you pull off a string of satisfying kills all within normal gameplay.

However, this is not a constant. It’s not like levels are littered with pans and skateboards to use or that there are alternatives for getting the same result. You can only ricochet bullets off of pans and signposts, and if none are available, you’re just playing a fairly standard 2D shooter, albeit with one with a nice bullet-time mechanic. Marketable gimmicks like the skateboard are sparse and always found in parts of the level that feel specifically designed for them, so the freedom these mechanics offer actually ends up feeling very artificial and controlled. 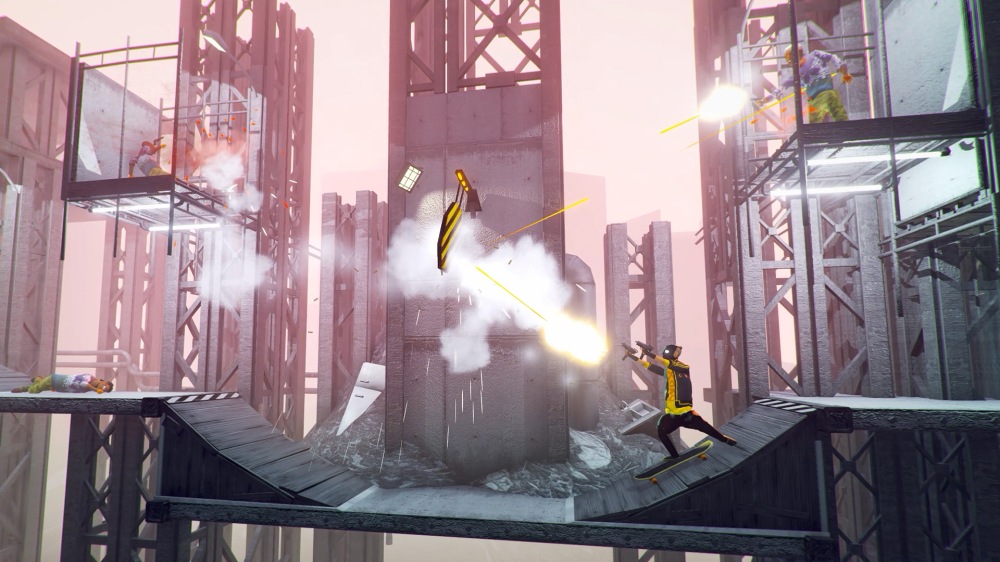 When My Friend Pedro isn’t about dual-wielding skateboard gunfights, it’s actually more of a 2D platformer. You dive and wall-jump around, roll under obstacles, solve simple puzzles, and deal with timers that disable traps or open doors. You do fight a fair number of enemies, but most of these battles are just standard run & gun encounters that don’t offer much opportunity for fancy gymnastics or stylish kills.

The early levels of My Friend Pedro did have me feeling like a badass as I breezed through them and slaughtered hordes of bad guys. The dual-wield mechanic is cool, enemies go down fast, and there is a flow to levels that allow for some good speed. Story beats follow each other up quickly and there is a fresh novelty to the game.

However, the game just keeps going well past its prime. The dual-wield mechanics are exchanged for powerful two-handed rifles and a shotgun, which coincides with buffed up enemies. You can choose to keep rocking your two pistols… if you’re prepared to eat a whole lot assault rifle bullets in the run-up to the end. 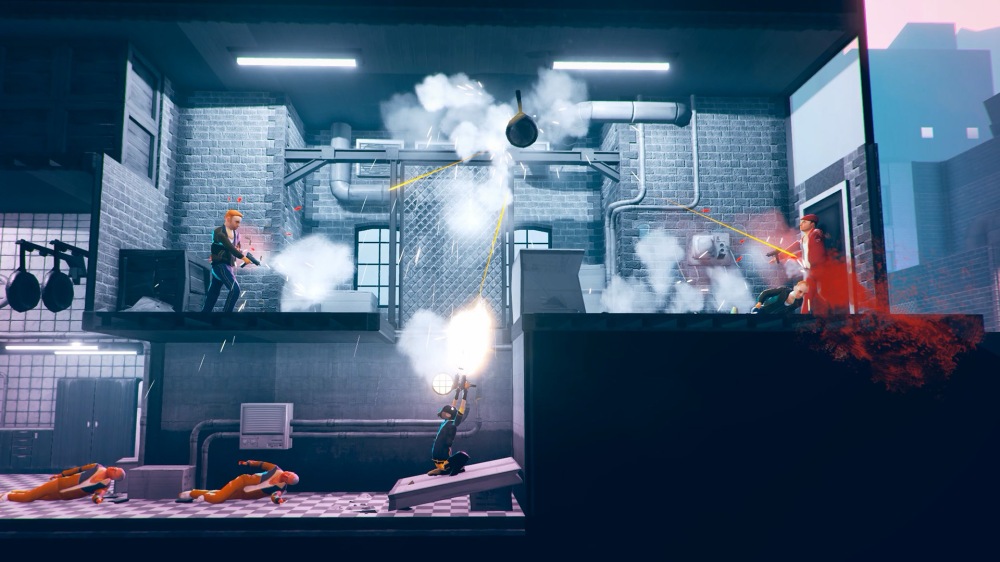 The short structure of the levels is also exchanged for stages that just keep going and a story that slows to a crawl. The entire last stage is just a gauntlet of challenges, hard enemies, those accursed security turrets, and every time you get a bit of story it’s just the game dangling a carrot in front of your face. The carrot being the final reveal of who your banana-loving character truly is.

The story is bizarre and has strange characters in it, but it never quite feels like a comedy game. The humor is entirely carried by Pedro, whose gags aren’t exactly memorable. I finished the game the day before I wrote this and already forgot every one of his jokes, outside of the final scene. The grimy visuals and lifeless character models also make the game feel kind of dull. The only parts where it really came to life were the boss-fights and a few novel segments like vehicle combat. 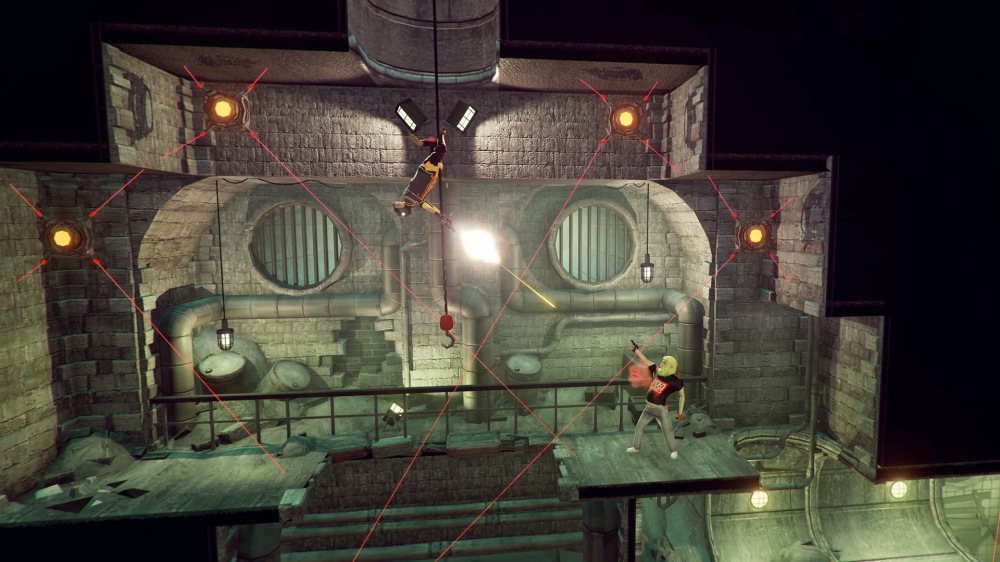 Anybody who comes to My Friend Pedro because of the cool gifs or because it’s that game with the funny banana is going to walk away at least slightly disappointed. While the core gameplay is fine, the game struggles to build on its core ideas and is forced to distract you with gimmicky stages that play completely different. The drab visuals and lack of funny writing don’t suit the game at all. Making your main character a banana is a good first step, but it won’t carry a game for 3 hours.