Alien Sidestep is an enigma of a game. Neither it nor its creator are listed on Mobygames or have any meaningful presence online, so I was worried I wasn’t even going to be able to find it at all. In the end, I probably put in more effort trying to find this game than the original creator did whilst making it.

Alien Sidestep is basically Space Invaders. You control a little spaceship over a black void and a steady stream of alien nasties will zig-zag their way to the bottom. Compared to the steady formations of Space Invaders, the extraterrestrials in this game are more of a uncoordinated queue rushing towards our planet Surface. 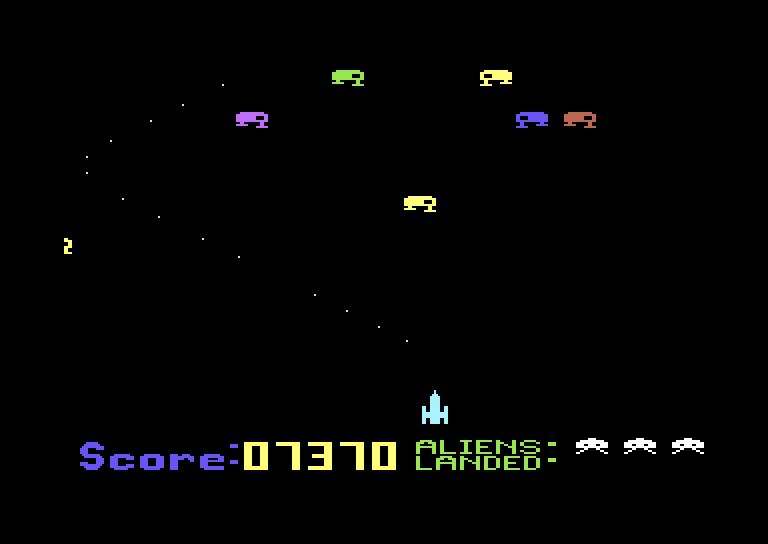 Alien Sidestep also lacks the defenses on your end and doesn’t give the aliens any way to retaliate against you. They only move from left to right, reappearing on the right side of the screen, until they have reached the bottom and count as a point against you.

The only complexity to the game is the gimmick advertised in its titles. Aliens will break away from their predictable movement pattern to side-step away from your shots. If you stand still and keep spamming the fire button, the aliens will just patiently for you to stop before they move on. 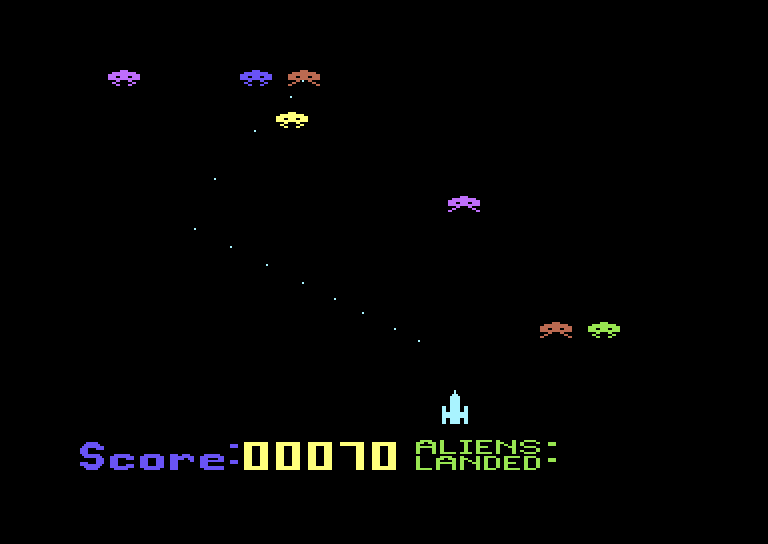 It’s… a thing. I can’t believe we dropped all other mechanics typical for a Space Invaders game and the only feature the developer brought to the table is that enemies wait a frame or move back a position if they are about to be hit. It’s not even a good idea. It basically means the only viable way to play the game is to go from left to right firing non-stop, as that will cause the enemies to back up into the next bullet.

You might be able to take down a few aliens playing in a different way, but the tactic above is so powerful it’s meaningless to do anything else. I could literally just play the game while watching anime, not even looking at the screen, and I’d beat my previous high score by virtue of playing longer than the last time. There is nothing to it.

The game cycles through 3 rounds, each with its own type of aliens, before resetting back to the start and looping indefinitely. You’ll have seen (literally) all it has to offer within 5 minutes. That might be less time than it would take to download and emulate a copy of the game. Certainly shorter than it takes to boot up a copy on a physical Commodore. You could play it for a laugh, but the effort really isn’t worth it.